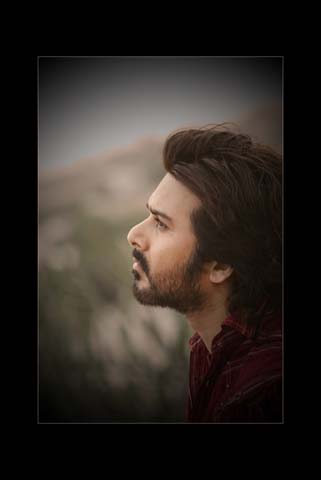 With over 12 albums to his credit and a career spun over two decades, pop man Ali Haider has done quite a lot in his career, literally. But the last few years have seen him struggle. The odds were stacked up as high as they go. Ali’s last few albums – from “Jadu” to “Tera Naam Liya To” – didn’t manage to make a huge mark. They didn’t create the musical magic and hence fanfare – the kind that was bestowed by fans and critics alike on Ali’s earlier works like “Dastaan”, “Qarar” and the brilliant “Sandesa”. The most consistent pop act in the country (after Sajjad Ali) was suddenly having a hard time creating joyful pop moments that have been his forte.

Amidst all this, Atif Aslam and Ali Zafar rose. They rose and flew high, giving every musician in the country a run for their money. With “Jaanay Do”, not only is Ali Haider back in the music game but he’s back with his biggest bang in years. And here’s why…

Even though “Jaanay Do” doesn’t match the across the board appeal of “Sandesa” – Ali’s finest pop achievement to date – but “Jaanay Do” works because it is a startling achievement for an aging pop star, who stretches his talent to optimum effect. Ali not only produces this album but also writes melodies and a major chunk of the lyrics. What comes through is slightly dark, multi-layered music with dramatic maturity.

Mostly, these tracks are sad love ditties, some of breakup, some of heartache, loneliness and so forth. And even so, this isn’t complex wordplay but very straightforward in the lyrics area, detailing relationships that may or may not survive.

The heartache is persistent in most tracks. It continues with the beautiful “Hamesha”. With its flirtatious bass and classic somber singing by Ali, “Hamesha” is one of the album’s outstanding tracks. With its slightly strange and pessimistic wordplay that goes, “Jitna Dard Hai Utna Chain Bhi/Jalney Mein Kitna Maza/Ek Aas Mein Kitni/Pyaas Hai/Kahan Chuphi Hai Wafa”, it is just a lovely ballad. Another version of this track comes in the form of “Hamesha (chilled Mix)” but that works too, with the difference that of one singular persistent ‘chill beat’.

Rhythmic numbers come through with “Jub Kabhi”, which reminds one of Ali Haider from his “Jadu” days but with a more clear understanding of the genre. With a beat comes a bevy of instruments, creating highly entertaining pop moments as Ali sings almost nonchalantly, “Manzil Kahan/Hum Ajnabi/Ya Razadan/”. The foot-tapping melodies continue with “Dosti” which is a simple modern pop/rock ditty. It is the most optimistic number on the album.

On a similar musical note one finds “Jhoote Nain” where Ali sings emotively: “Main Nay Tujhe Itna Kahan Tha/Aaja Yahan” but the club music here is just average. Musically, it’s much too flashy with a lot of beats changing gears much too quickly. But vocal wise, it sees Ali experimenting.

And then comes the funky “Har Sada” that observes another look at love, as Ali goes, ‘Pyar Ke Liya/Pyar Chahiye’. In other words, it is a tale of a lonely heart.

“Agar Pyar” has been one of Ali’s best tracks and even with the new version it remains the same. As the track goes, “Agar Pyar Kabhi Phir Huwa/Jaan Lo Tum Se Hoga/”. It’s a love song but it’s much more desperate than it ever has been and that is essentially because of how Ali sings. And it must be said that guitars by Amman really shine here, with riffs playing softly in the background.

“Purani Jeans” original was just so much fun. It was one of those songs that really defined the rise of a pop star, of the inevitable change, of freedom and power of music. It was also a reflection of how boys will always be boys… somehow! Ali Haider released a remix many years later but that version didn’t have that ‘grabbing’ quality.

But as they say, third time’s a charm. And that’s exactly what has happened here. The “rock007” version of “Purani Jeans” is superb. It’s grittier in sound, a fun rock fiasco but it manages to retain the essence of “Purani Jeans”.

Faraz Anwar deserves applause here for re-creating this wonderfully melodic track without being ambitious about his signature riffs.

The final re-done song comes in the form of “Qarar”, which is another one of Ali’s classic hits. The original was soft with a mélange of keyboards magic that was quite delightful, and heartbreaking. This one’s fast and furious. Most importantly, it just doesn’t match “Qarar” – the original.

Some problems do arise, however. The new version of “Qarar” passes one by rather sadly and you would just rather listen to the original.

The music is stretched a bit too thin on numbers like “Jhoote Nain” and “Yaron Ne Kaha” with its overt ghazal-meets-modern pop feel.

That said, these tracks do not take the album down. Because in the end, “Jaanay Do” is a cohesive album, which doesn’t have one foot in hip hop, one in eastern classical and a third in rock. It only ‘touches’ various styles and varied instrumentations, even if it doesn’t experiment too much.

In some ways, it reminds one of Vital Signs’ “Hum Tum”, perhaps because Rohail Hyatt plays an integral part in this album by mixing and mastering almost all songs. At the same time, “Jaanay Do” has a strong character of its own minus the psychedelic nature of “Hum Tum”.

Whether “Jaanay Do” fares well in the local music scene will depend on its pop virtues, which are present throughout the album.

The production quality here is fabulous, crisp, tight and extremely sharp. Old Ali Haider fans will find the same musical charm that has been synonymous with Ali’s first few albums.

Finally! Along with some loveliest ballads of his career such as “Jaanay Do”, “Hamesha” and “Agar Pyar”, one also finds some clear, impassioned singing that was last visible on the track “Rahan”, which was a collaborative effort between Ali Haider and the marvelous duo of Rushk.

With “Jaanay Do”, it is clear that the charm of the first pop wonder boy of Pakistan isn’t over just yet!