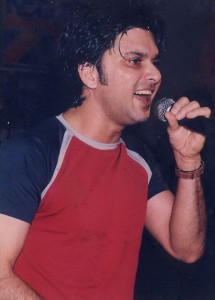 KARACHI, April 15: Finally laying rumours and scandals to rest, popular singer Ali Haider has confirmed his wedding plans. His Nikah will be performed at a simple ceremony at his PECHS residence on April 20 and the rukhsati will take place in October.

The girl the 36-year-old singer is going to wed is Sabeeka. She is a graduate and belongs to a middle-class family, the singer told Dawn on Saturday.

He said he would set an example by making the wedding as simple an affair as possible, discouraging demands for dower.

Ali Haider made waves among the youth with hits like Qaraar, and Purani Jeans and within no time became heartthrob of the nation. After immense success in the national music arena, Haider proved his mettle globally as well. After the success of Tera Naam Liya, he is working on the next album which is going to release in October this year.