Guy with Purani Jeans is now back with Jaanay Do! 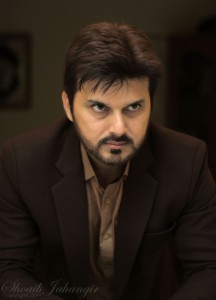 With over 12 albums on his name, a career full of struggling spun over two decades, most consistent pop act in Pakistan after Sajjad Ali, blue eyed boy Ali Haider is back this time with a mature pop album named Jaanay Do!

In his absence Atif Aslam and Ali Zafar rose, they give every musician a run for their money, and now Ali Haider is back with bang and his music game!

Even though Ali’s Jaanay Do can’t beat his old album Sandesa, but Jaanay Do works because it comes from an aging pop star, Ali not only produces Jaanay Do, but he has written melodies and chunks of lyrics too.

Detailing relationships that may or may not survive, with heartache, slow, lovey dovey, breakup, and loneliness and forth on… that’s all the tracks are carrying.

The heartache is persistent in most tracks. It continues with the beautiful ‘Hamesha’. With its flirtatious bass and classic somber singing by Ali, ‘Hamesha’ is one of the album’s outstanding tracks. With its slightly strange and pessimistic wordplay that goes, “Jitna Dard Hai Utna Chain Bhi, Jalney Mein Kitna Maza, Ek Aas Mein Kitni, Pyaas Hai/Kahan Chuphi Hai Wafa”, it is just a lovely ballad. Another version of this track comes in the form of ‘Hamesha chilled mix’ but that works too, with the difference that of one singular persistent ‘chill beat’.

Another track ‘Jab Kabhi’ is a rhythmic number reminding on Ali’s Jadu old days, the foot-tapping track ‘Dosti’ is the most optimistic number of the album.

On the similar note one finds ‘Jhoote Nain’ where Ali sings emotively: “Main Nay Tujhe Itna Kahan Tha, Aaja Yahan”, musically it’s too much in beats and vocally it shows Ali is experimenting.

And then there is funky ‘Har Sada’ that shows another shade of love, as Ali sings ‘Pyar ke liye, Pyar Chahiye’ in other words it’s about lonely heart.

Talking about rejuvenating the old, the new version of ‘Agar Pyar’ featured on Sandesa surprisingly works; this version is more soft, delicate and extended than the original.

‘Agar pyar kabhi howa, jaan lo tum se hoga’ is a love song but it’s much more desperate than it ever has been, it remains the Ali’s best track with guitars by Amman.

Original ‘Purani Jeans’ was just so much fun, it was one of the song made Ali popular among youngsters, that gave him fame and people recognized him with ‘Purani Jeans’. But the remix version of ‘Purani Jeans’ couldn’t spell that magic on listeners.

The final re-done song comes in the form of ‘Qarar’, another Ali’s classic hit, originally it was soft with a mélange of keyboards magic that was quiet delightful and heartbreaking, new one is fast and furious, mostly it just doesn’t matches original ‘Qarar’.

Jaanay Do hasn’t stepped its foot in hip hop, eastern classical and in rock BUT has only ‘touches’ various styles and various instruments. With Jaanay Do, it is clear that the charm of first pop wonder blue eyed boy of Pakistan isn’t over just yet!

Jaanay Do is out in the stores now