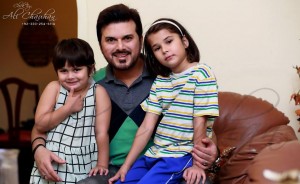 Ali Haider was the renowned and sensational vocalist, musician and actor in the Pakistan television industry, now he is a Sufi singer, Sanah Khuwan and Noha Khuwan. The skillful artist was born on 22 October 1967, and he  raised in the neighborhood of the Firdous Colony in Karachi. He studied  a Civil Engineering degree at NED University, Karachi, Pakistan. 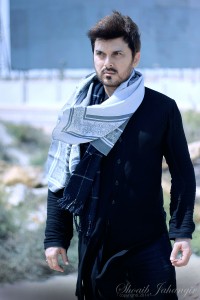 Ali Haider started off his showbiz career when he was studying in the university. He has produced over sixteen music albums, including dozens of songs which became very famous and enormous hits, since the 1990s. These earned him a significant place among the top singers of Pakistan. Following the release of title songs, ‘Jawaniyan,’ ‘Dhoop Kinare’ and ‘Nayyara Noor’ from the first album, Jane Jan Sun (1988), the second album, Chahat  (1989) produced the popular songs, ‘Chahat’ and ‘Ajnabi.’ The third album, Qarar (1991) consisted of many songs, such as the title song, ‘Qarar,’ ‘Shehnahee’ and ‘Jadu Kiya,’ which became the mega hits and these were performed and as well composed by Ali Haider. The school and college going persons warmly welcomed the  mainstream pop songs, ‘Purani Jeans’ and ‘Sandesa’ from the fourth album, Sandesa (1993) and  these helped him to emerge as a shining singer. Later on, he launched folk songs, ‘Zaalim Nazron Say’ and ‘Laila’ from the next album, Sanwala Saloona (1994). The sixth album, Dastaan (1995), brought him major popularity as it produced variations in musical songs, like ‘Walawai,’ ‘Papa Mummi’ and ‘Ranjha Heer.’

Ali Haider made a huge comeback in music after four years and he launched his new album, Bachpan ki Badami Yaadein, in 2013, which depicts his childhood memories. He is also working in comedy drama serial, Eik aur Eik Dhai. As a Sufi singer, Naat Khuwan, he maintains his focus on forthcoming albums which are expected to release in the coming days of 2014. 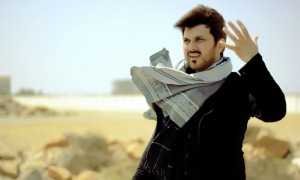 Purani Jeans fame singer, Ali Haider disclosed that he is inspired by the Sufi Poet, Baba Bulleh Shah, and he performed the Sufi verses on the album, Kee Jana Main Kaun (2011), based on his life struggle. He is dying hard fan of Madam Noor Jahan, he really liked her song Mahi, and presented it as a remix to pay a tribute to her. He explained his reason about a wide variety of musical styles: “I like to experiment, because if you act just one music, you will never be capable of making thirteen albums. You have to explore yourself to create something.” He mentioned: “It is an excellent experience to work on the Rushk album, and sang the song, Goli Maar.” He clarified about leaving his musical career that he has lost his interests in music after the death of his son. Ali Haider expressed his view about album titled Mehrban Mehrban: “I have dedicated this album to the flood victims of the country.”