I sang Purani Jeans after years in India’

Over a decade after his hit song Purani jeans made him a household name, Ali Haider is glad that his Indian fans haven’t let him slip into obscurity. In the past few years, Ali had broken free from his jangling guitar and clean-shaved collegiate look when he called it quits for his music career. Instead, he was seen sporting a beard, preaching Islam at mosques, and turning all his energies to devotional, Sufiana music. 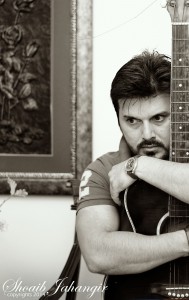 The emotional upheaval resulted in his unexpected hiatus. At the peak of his career, Ali cancelled all his concerts and tours and made national news for announcing that he had given up music.

“I burnt all my CDs and cassettes. I was offered big bucks for performances, but I turned them all down. People thought I had gone mad,” he says.

The singer is currently in the city to promote his newest album, Kee Jana Main Kaun, which comes nine years after his last pop attempt, Tera Naam Liya To. And though the Pakistani artiste has slipped back into his jeans and a stubble-free avatar, his sombre sound is far from the nostalgia-ridden ’90s music he once made.

“It’s not my comeback album. It’s a result of my three-year-long struggle and experience and healing process.” he says.

His comeback, however, is not far away.

“I’ll release my new single Bachpan Ki Meethi Yaadien, which I hope will put me back where I left off,” he says.

Surprised to find a fan base in India after all these years, Ali says, “I saw people looking at me. They didn’t know my name, but asked ‘Purani jeans wala, na?’ I was amazed.” Ali says he’s shied away from the media in his hometown.

“The warmth I received here helped me open up. I hadn’t hummed my songs for years, and to tell you the truth, I even forgot the lyrics to some I wrote. But this time, when fans gathered and asked me to sing, I sang Purani Jeans in India after years.”

For now, the singer is looking forward to Delhi, where a die-hard fan wants to launch a book on his life. He says, “My life’s story is so filmi. I’m working on my autobiography too. It should be out this year.”