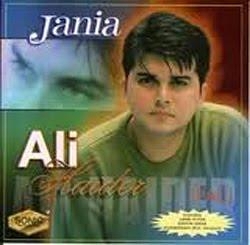 After the tremendous popularity of the song “Jania”, Ali Haider has produced an album by the same title which is mostly a combination of Ali’s previous two releases, “Dastaan” and “Zalim Nazron Se”. There is also the inclusion of three new numbers. The first is “Jane Kyun”, a beautiful hummable song which centers on fate and what role it plays in life. The track was also taken up in the soundtrack of the play “Tum Se Kehna Tha”, which also showcased the acting talents of Ali Haider. The second number is “Chithi Zara”, a remix of the vintage track from a hit movie of yesteryears. The number has indeed been sung very well by Ali whose voice along with the new music has given the song a new lease on life. “Kunwarah” is the extended version of the track done by Ali himself. Rest of the songs are from the above mentioned albums.

All the songs are very wisely selected for “Jania” and I think the album has come to become a collectors item for Ali’s fans who will appreciate that the singer continues to pursue his solo career along with his stint with Aakash.

I would also like to mention here that the videos of the songs have played a vital role in their popularity and most of them, especially the videos of “Jania” and “Zalim Nazron Se”, are a real treat to watch.